Get me outta here!

Despite the fact that I went to an arts college (SUNY Purchase), founded a media company (One Source) and used to style myself an artiste (a frigging Theatrical Lighting Designer) I’ve never been a user-interface guy.

END_OF_DOCUMENT_TOKEN_TO_BE_REPLACED 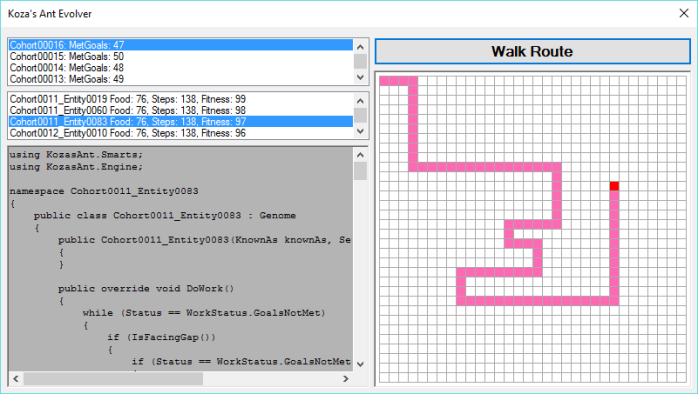 We’ve all had those less-than-notable-at-the-time yet ultra-significant inflections in our world view that in later days loom large.

I had one of those “moments” in 1993, on an otherwise ordinary fall day when I’d squired my not-yet wife to an unmemorable building on the Northwestern campus, in Chicago.  Marie is a Set and Costume Designer so I have to imagine that we were there for some sort of rehearsal, or maybe a design meeting; something about Orpheus Descending at the Chicago Lyric Opera teases at my memory, although given the remove of 22 years the details have faded.

One thing I vividly remember, though, is reading Steven Levy’s “Artificial Life:  A Report from the Frontier Where Computers Meet Biology;” a book I picked up at the campus bookstore while waiting for Marie to finish whatever she was doing.  She must have been at it for hours because I managed to gulp down something like half of the thickish volume before she emerged from the building.